This article is part of our latest Design special report, which is about crossing the borders of space, time and media. When Heather Kane was scouring her favorite London neighborhoods two years ago searching for an apartment to buy, she discovered a promising candidate on the first floor of an […]

This article is part of our latest Design special report, which is about crossing the borders of space, time and media.

When Heather Kane was scouring her favorite London neighborhoods two years ago searching for an apartment to buy, she discovered a promising candidate on the first floor of an 18th-century townhouse on Harley Street, in the Marylebone area of the city center.

“I loved it,” recalled Ms. Kane, a 42-year-old technology executive turned design entrepreneur, who was born in Los Angeles and has lived in London since 2015. “Most of the apartments I’d seen had beautiful, original facades but were too pared back inside. This one was huge with high windows and ceilings, original plaster moldings, and an amazing terrace.

“I love London’s historic architecture and wanted to preserve as much of the period detailing as possible. I thought it would be an easy conversion, but it turned out to be 10 times harder than anything I’d done before.”

The cause of her difficulties was Britain’s labyrinthine architectural conservation system, which ensures that any changes to a building deemed to be of historic importance, like the Harley Street townhouse, must be approved by the local planning department. Ms. Kane’s home is in the City of Westminster, which includes some of London’s finest historical buildings, but whose planners are famed for their strictness and for having very particular opinions on what constitutes acceptable — and unacceptable —— architectural interventions.

Translating such a building into a comfortable, functional contemporary home is almost always intensely subjective and potentially contentious. One person’s interpretation of sensitive restoration can be another’s idea of architectural carnage, while a third might regard it as too timid. As Ms. Kane admitted, one of her challenges in navigating British conservation politics was having no knowledge of the planning system. Another problem was the difficulty of translating her needs and wishes into something that Westminster’s planners would approve.

Like much of Marylebone, Harley Street originated as a speculative development by the Portland Estate, owned by the Duke of Portland, whose wife inherited most of the land between what are now Oxford Street and Marylebone Road, in 1741. Harley Street’s construction began in the 1750s, and the house containing Ms. Kane’s apartment was designed and built from 1773 to 1774 by one of the estate’s surveyors, John White, and Thomas Collins, a sought-after ornamental plasterer.

Grander houses were built nearby at that time — notably those designed by the Scottish architects Robert and James Adam on Mansfield Street — but the delicately rendered cherubs in Collins’s plasterwork would have been enough to distinguish this one. His renown may also explain why several of his ornate panels survived nearly 250 years of construction, including the house’s conversion in 1949 into flats. Collins’s skill also contributed to the entire house’s being given a Grade 2 listing, which is awarded to a building “of special interest, warranting every effort to preserve it,” in 1987.

Like many London apartments of similar vintage, Ms. Kane’s two-bedroom, first-floor flat combined some original elements with a motley assortment of additions dating from the early and mid-1800s, early 1900s, the 1949 conversion, and subsequent makeovers. Westminster’s planners insisted that all of those features be preserved and that any adjacent work match them. Ms. Kane was happy with that, but not with the planners’ response to her request for what she thought were modest changes to make her new home “more livable,” as she put it.

When she bought the apartment, Ms. Kane contacted Red Deer, a group of young architects who had designed the interior of one of her favorite London restaurants, Bourne & Hollingsworth Buildings in Clerkenwell. “It has a tumbledown historic feel, a little bit deconstructed, and I wanted a similar aesthetic,” she explained.

Together with Red Deer’s co-founder, Lionel Real de Azúa, she formulated a proposal to restore Collins’s panels and other historic detailing, while modifying the apartment’s layout, principally by relocating the kitchen to create a large open-plan space for entertaining, eating and cooking, and reconfiguring other areas to accommodate two bathrooms, rather than one. They also hoped to improve the insulation by installing thicker glass in the windows and an additional layer of floorboards and asked Westminster’s planners for permission to proceed.

“They came back with ‘no,’ without explaining why,” Ms. Kane said. “I ended up hiring a lawyer, and three sets of heritage experts. As soon as the third one, Kit Wedd of Spurstone Heritage, came in, things were smoothed out. Kit was an angel. If we’d had her in the beginning, I’d have got nine months of my life back.”

Even so, some of their proposals were rejected. The changes to the layout were approved, but not the thicker glass and floors. Ms. Wedd also worked with Red Deer to identify which aspects of the interior were authentic. “There had been so much work on the building that it would be very hard to distill it into a particular style,” said Mr. Real de Azúa. “The floor was a hodgepodge of pine, Douglas fir, oak and plywood. We discovered that the Douglas fir boards were original, so we found new boards to match and stripped everything else out.”

Similar principles were applied to the fireplaces, ceiling moldings and joinery. Some areas were so damaged that Red Deer had to improvise, for example by painting part of the guest bedroom wall gray to disguise the repaired plaster. As Ms. Kane is an avid collector of art and furniture with eclectic taste, they chose a palette of white, black and gray to create a neutral backdrop for her auction and flea market finds from different periods and cultures. She then created clusters of favorite pieces throughout the apartment, such as a 1956 Charles and Ray Eames lounge chair placed near a 19th-century landscape painting and an antique rug from Frances Loom, a vintage furniture company she co-owns, in the living area.

“I enjoy picking up things I like and mixing them up,” Ms. Kane said. “I loved doing that for the apartment, and I love living here. But I wouldn’t buy a listed building ever again.”

4 Books to Inspire Your Inner Designer

Sun May 31 , 2020
This article is part of our latest Design special report, which is about crossing the borders of space, time and media. Fresh ways of seeing can end up joyously shared planetwide, sometimes even in eras more terrible than the spring of 2020, as these design books reveal. Readers in confinement […] 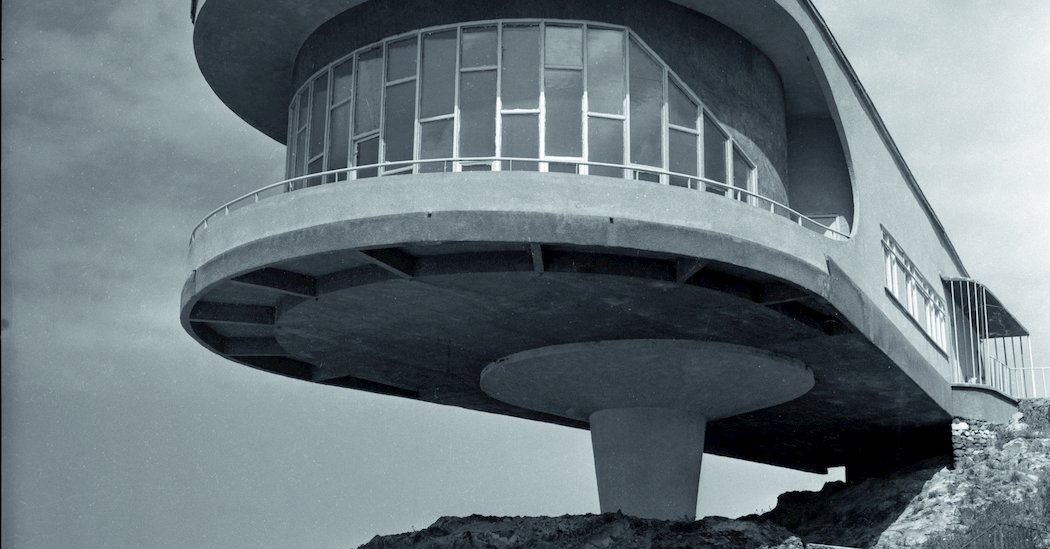