NEW DELHI | KOLKATA | MUMBAI: Consumers can expect to pay more for imported food and grocery items, shoes, ceiling fans, wooden furniture, kitchenware, appliances, hairdryers, shelled walnuts and other items with the budget raising basic customs duty to as much as 100% on some of them to encourage local […]

NEW DELHI | KOLKATA | MUMBAI: Consumers can expect to pay more for imported food and grocery items, shoes, ceiling fans, wooden furniture, kitchenware, appliances, hairdryers, shelled walnuts and other items with the budget raising basic customs duty to as much as 100% on some of them to encourage local producers.

Electric vehicles are also set to get pricier with customs duty on imports of fully built and semi and completely knocked down vehicles raised by 5-15 percentage points. Duty has been imposed on items such as sacramental wine and angostura bitters. At the other end of the spectrum, feature phone prices could increase with basic customs duty doubled to 20% from 10% on printed circuit board assemblies (PCBAs) used in making the devices.

“IKEA is disappointed with the customs duty hike… which impacts furniture and many other home furnishing categories,” said Peter Betzel, CEO of IKEA India.

Duties have been raised on butter, cheese, shoes, ceiling fans, food grinders, iron, room heaters, tea and coffee makers, kitchenware and hairdryers to 20% from 10%. In the case of margarine, peanut butter, chewing gum and infant food, duty has been hiked by 30% and more. The duty on shelled walnuts, durum wheat seeds and margarine has been raised to 100%.

“There is no scope to absorb the duty hike and nor does sales volume justify local production,” said the chief executive of a leading small appliances maker. “Prices will go up and the discount offered to consumers will come down.”

Puma India managing director Abhishek Ganguly said about 70% of the footwear sold by the company is imported. “We don’t have the kind of technologies, expertise and skillset required to manufacture high-end shoes in India. Until then, it’s a double whammy,” he said. “Ultimately, it will impact the consumers as prices will go up by at least 10%.”

The import substitution push is in service of the government’s ‘Make in India’ initiative.

‘Will Prevent Dumping by Chinese companies’

Bajaj Electricals chairman Shekhar Bajaj said the move will prevent the dumping of goods by China because of US sanctions. “Chinese companies have surplus capacities and this duty will prevent any indiscriminate imports,” he said.

The government has also increased import duties on components for home appliances which may lead to a marginal hike in the price of refrigerators, washing machines and air-conditioners by a few hundred rupees. The duty on refrigerator and AC compressors has been increased to 12.5% from 10%, and that on small motors to 10% from 7.5%.

The Hyundai Kona and MG Motors ZS EV, two electric SUVs recently launched in India, could sport heftier price tags. They are currently in the Rs 19-25 lakh range. It’s not clear whether carmakers will absorb the hike or pass it on, experts said. Deliveries of the MG model haven’t begun yet.

Customs duty on completely built imports of electric trucks and buses has been increased to 40% from 25%. The price hike on electric buses from Chinese manufacturers such as BYD and Foton may be upwards of Rs 10 lakh if they decide to pass it on. Completely built imports of trucks and buses with internal combustion engines could also become costlier with the duty raised to 40% from 30%.

On the other hand, the budget has cut customs duty on palladium, which is used in catalytic converters, to 7.5%. The current levy is 10% with a countervailing duty (CVD) of 12% and a special CVD of 4%. The move is expected to give a fillip to government efforts to encourage cleaner air.

‘Make in India’ has been the priority of the government for greater value addition and employment generation in the country, said Tata Motors electric mobility unit president Shailesh Chandra.

“This will drive the efforts of OEMs more towards local operations and ensure greater commitment to electrification in the country,” he said.

Of the 300 m PCBAs used annually, 160 m are made in India and go into smartphones. The rest, valued at about ?6,000 crore, are imported and used in basic or featurephones, experts said. These will eventually be made in India, pointed out India Cellular & Electronics Association chairman Pankaj Mohindroo.

Fri Apr 17 , 2020
The demand for a seriously stylish home has given rise to new opportunities for fashion designers and homeware brands to work together. And, if you’re a fan of eccentric and playful aesthetics, you’re going to be counting down the days to the launch of this one. This week, Habitat announced […] 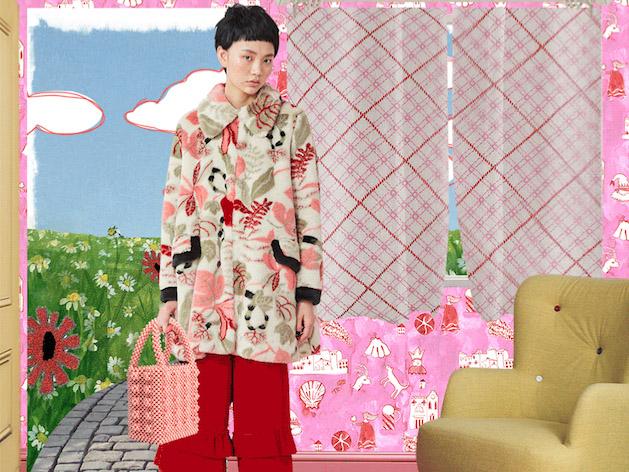