Director Nancy Meyers argued over the weekend that journalists and film critics would not fawn over the distinctive kitchens in her movies, including “Something’s Gotta Give” and “It’s Complicated,” if she were a man.

“It’s never done to male directors who make gorgeous-looking movies, where the leads live in a great house. It’s never brought up,” she said Saturday in a conversation with Mindy Kaling at the “Produced By” conference in Los Angeles, according to The Hollywood Reporter. “With me, it’s an easy thing to go after, but I am not going to change it.”

Kaling had asked Meyers if she believed her movies were “misunderstood,” positing that “male writers focus on those aspects of the movie because they can’t relate to the central problems of your protagonists.”

“I don’t love when a critic or journalist will pick up on that aspect, because they are missing the boat and they are missing why [the movie] works,” Meyers responded, calling the frequent mentions of her movies’ interior design “a cheap shot.”

Sometimes critics, especially male ones, do miss the point of a movie by homing in on certain details in a sexist way, such as including gratuitous descriptions of a female performer’s body.

But it is completely fair game to talk about the production design in Meyers’ movies because it is often integral to analyzing the movies as a whole.

As Vanity Fair pointed out Monday, Meyers herself has spoken about the significance of the production design in her movies, such as how her characters’ homes can quickly and efficiently illustrate personal details about them and help moviegoers understand the world that the characters inhabit.

In this 2015 Vulture interview, for example, here’s how she describes Diane Keaton’s character in 2003′s “Something’s Gotta Give”:

I imagined that she lives on the beach in the Hamptons, and I think she wrote the book to a successful Broadway show, and that’s how she got the money to buy this. And then it’s like, so, where’s the desk in her house? She did not build herself an office. She put the desk in her bedroom, right? Because the bedroom faces the ocean. And her desk is right in front. She has the view she loves, and also, it continues to tell the story of the fact that she was done with guys.

I see a house as a lead character in a movie. It tells you so much about a person. For example, if the kitchen doesn’t have a thing in it, the character is not much of a homebody. If there is a lot of stuff around, and the olive oil looks like it’s been used, you can tell this is somebody who cooks. They really live there.

Similarly, some of the discussion around the current HBO series “Big Little Lies” concerns the characters’ scenic homes in Monterey, California, which tell a lot about the characters themselves, from lifestyle to socioeconomic status. The homes also help reinforce some of the show’s larger themes, like how the characters are driven by aspiration, often demonstrating it in competitive and ostentatious ways, and how their outwardly idyllic lives mask so many secrets and lies.

In several of Meyers’ movies, the characters’ living spaces are even a central plot point. The two women at the center of “The Holiday,” played by Kate Winslet and Cameron Diaz, are each looking for a change of scenery and swap homes during the holidays, using some kind of forerunner to Airbnb.

In “It’s Complicated,” Meryl Streep’s character strikes up a romance with an architect (Steve Martin) designing a remodel of her home.

The importance of interior design on film is not just limited to romantic comedies. In a lot of stylish action or thriller movies, the aesthetics of a space make the movies as a whole stand out among other more conventional action franchises.

And plenty of male directors make use of distinctive homes and architectural marvels that become characters in their films, from the palatial Italian villa in Luca Guadagnino’s “Call Me By Your Name,” to Wong Kar-wai’s luscious interiors in “In the Mood for Love.” Some of Alfred Hitchcock’s classics, like “Vertigo” and “North by Northwest,” also feature exceptional structures and spaces.

On Tuesday, director Judd Apatow took issue with Meyers’ comments, pointing out that people also took note of his protagonists’ “fancy” home in “This Is 40.”

He then joked that “if characters live in a nice house, the audience generally wants them to murder each other ‘Big Little Lies’ style.”

I love Nancy Meyers and her movies but people also gave me a hard time also because the house in This Is 40 was fancy. I don’t think it is about sexism. I think if characters live in a nice house the audience generally wants them to murder each other Big Little Lies style. https://t.co/ie7B7nfWxu

Among male directors who employ sumptuous interior design on-screen, the most prominent is arguably Wes Anderson, whose “twee aesthetic” is a world of its own, from the castlelike house on Archer Avenue in “The Royal Tenenbaums” to the meticulously designed pastel-colored sets in “The Grand Budapest Hotel.”

Anderson came up in Saturday’s interview, according to Variety, with Kaling citing him as someone who receives praise for his movies’ production design. But unlike with Anderson, she claimed, mentions of the aesthetics in Meyers’ films are meant as “pejorative.”

Yet design is by and large cited as an admirable quality of her movies, and not meant to mock or diminish her work. So just as Meyers insists that she will continue to make movies with an eye toward great design, fans of her movies will continue to discuss and analyze her and her characters’ excellent decor choices.

Fri Apr 17 , 2020
Before I was old enough to get into HGTV, I was just a kid watching Disney movies, getting insanely jealous over the perfectly drawn houses and decor for Princess Jasmine, Ariel, Mulan and more. Some of my favorite Disney heroes and heroines had some serious interior design skills, and let’s […] 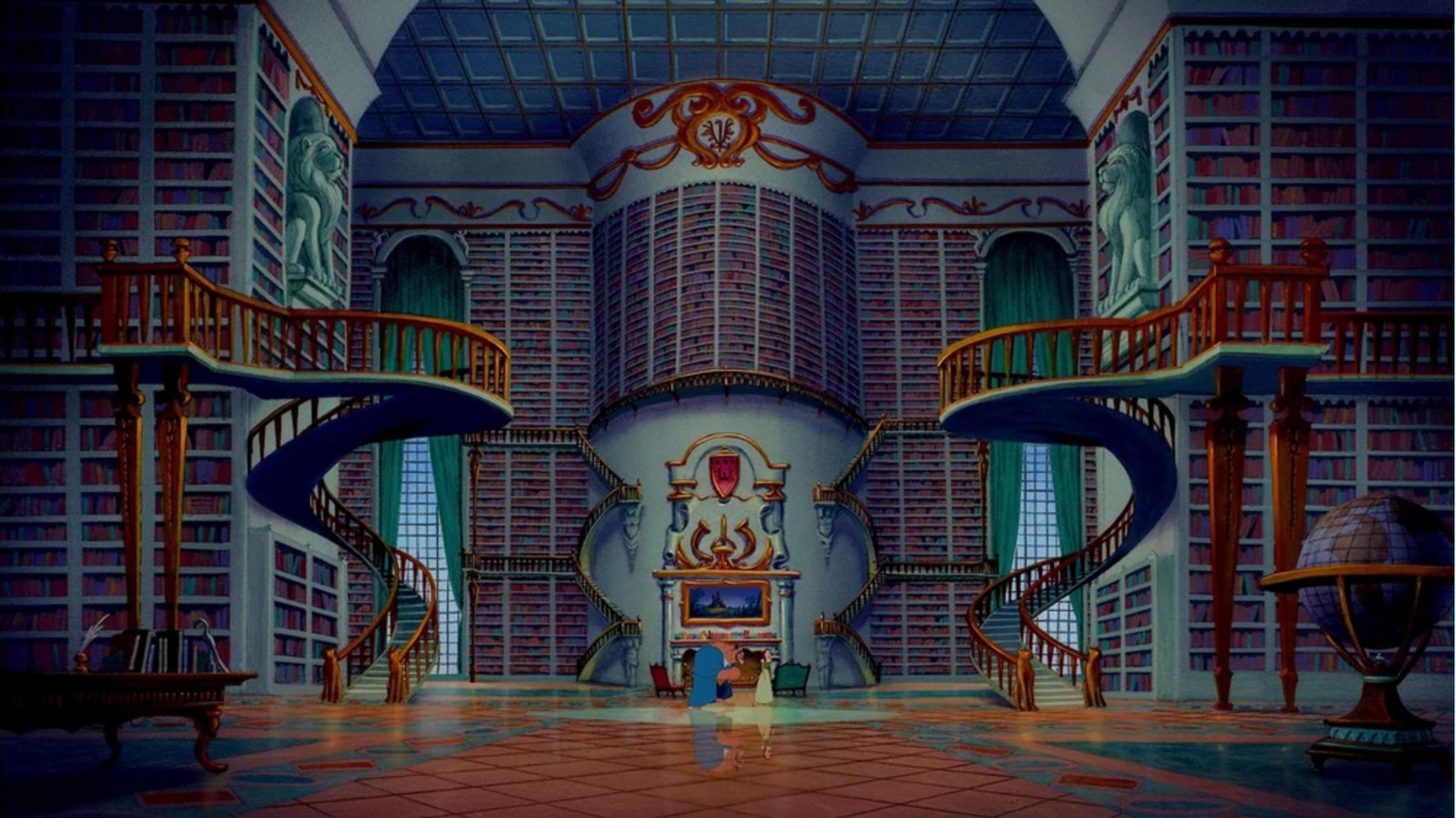